Taft Hobby Airplane Yak-11 EPO Foam 1450mm Wingspan Trainer RC Plane War Aircraft KIT/PNP Version RC Airplanes Drones Model Toys
The Yakovlev Yak-11 was constructed in 1944 by Alexander Yakovlev, specifically for the advanced flight training of fighter pilots. At that time, Yaklovlev was able to pull from his experience with the extremely successful single-seat fighter series, the Yak-1, 7, 9 and 3, and apply the advantages of these aircrafts to the Yak 1. Finally, he combined all of that with a radial engine.
The two-seat aircraft was used by all member states in the Warsaw Pact as well as in the Middle East, Austria and China. The wingspan of this military machine, which was primarily manufactured in Czechoslovakia, came to 9.4 meters and it was propelled through the air by an air-cooled 7 cylinder radial motor with 700 hp.
Light and Stable Construction
This model is constructed out of EPO hard foam material, which is not only very light but also incredibly robust. Minor damages can be quickly and easily repaired with superglue.
Powerful Propulsion
A high powered brushless motor is built into Staufenbiel’s YAK-11. The motor consists of a KV 410 external rotor motor and an 80A regulator with an 5A UBEC and it is powered by a 6S battery. In combination with an APC propeller this model boasts a powerful flight and a noteworthy climbing performance. As a result this model still remains stable in the air.
Landing Gear Fit For Field Landings
This military trainer has pre-installed and very robust electronic landing gear with proportions true to scale. Thanks to the 80mm sponge rubber wheels, not only does the YAK-11 perform well on hard runways but also on grass surfaces during take-offs and landings. On the ground, the aircraft can be maneuvered into the correct position with its movable tail wheel.
Large Split Flaps
In order to reduce the approach speed for landing, the YAK-11 has pre-fitted and installed split flaps that enable highly controlled landings.
Authentic Visual Design
This model offers numerous scale details and exact proportions. In addition it has visually authentic rivets and panel lines, mock exhaust pipes and a painted pilot figurine. However it is not only the appearance of the model but also the flight performance, with the characteristic Yaklovlev wing geometry, that makes the the model a smaller yet in all other ways equal counterpart to the original.
Quick Assembly
Through the built-in electronics and the high degree of prefabrication, this model aircraft can be assembled in less than 30 minutes.
Features
- Full aerobatic flight capabilities.
- Powerful and true-to-original flight characteristics.
- Electric retractable landing gear fit for field landings.
- Landing gear set is with new version stainless steel connector.
- Maneuverable tail wheel.
- Built-in servos at the rear for the elevator and the rudder (direct control).
- Constructed out of stable EPO hard foam material.
- Very quick assembly.
- Including APC propeller and spinner.
Specifications
Wingspan: 1450mm
Length: 1300mm
Propeller: 17inch 2-blade propeller
Landing Gear: Retractable Landing Gear
Recommanded Parts(not included)
Motor: BL5052 , 410 KV
ESC: 80-Amp Brushless ESC
Servos: 6pcs 19g Digital and metal gear servos
Battery type: 5000mAh 22.2V 6-cell 40C Li-Po
Radio system: 2.4Ghz 6CH
Package Included (Optional)
Kit means airframe only, it does not include motor, esc, servo, rc, battery, charger.
PNP means Kit + motor + ESC + servos, it does not include RC control, battery, charger. 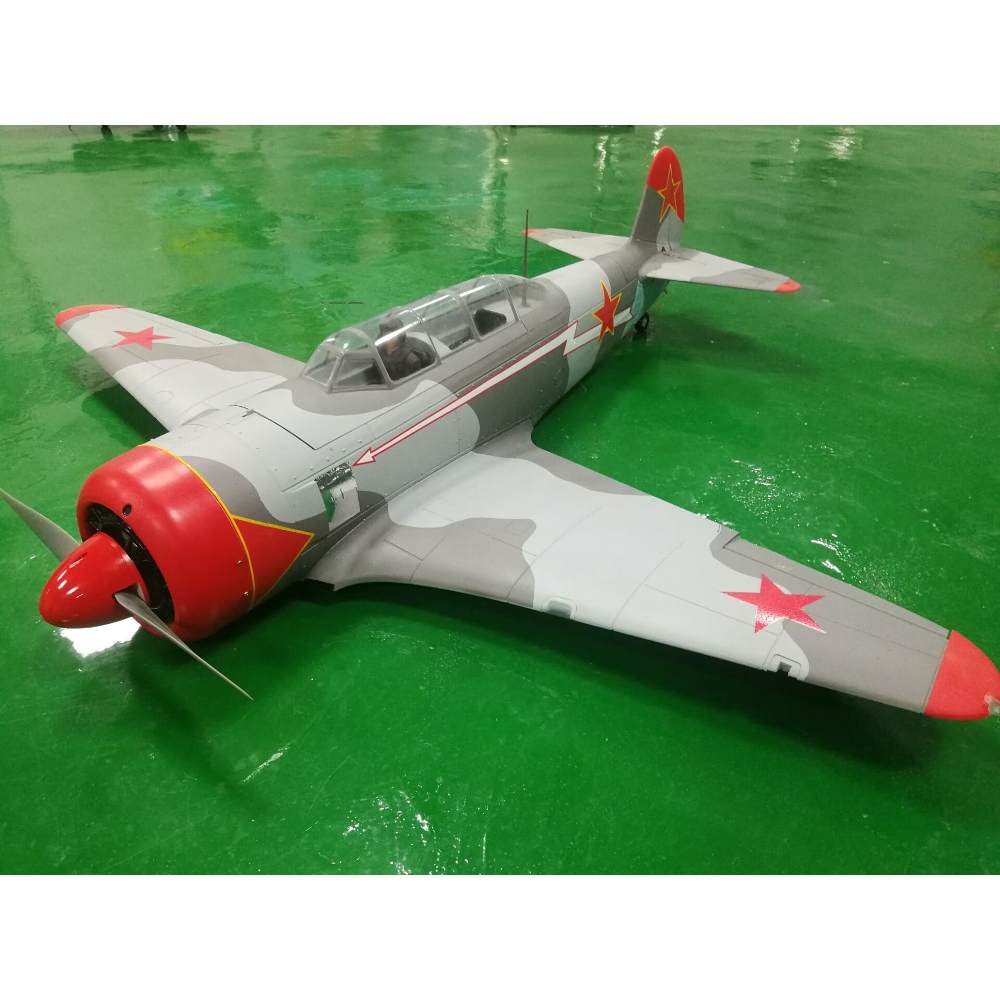 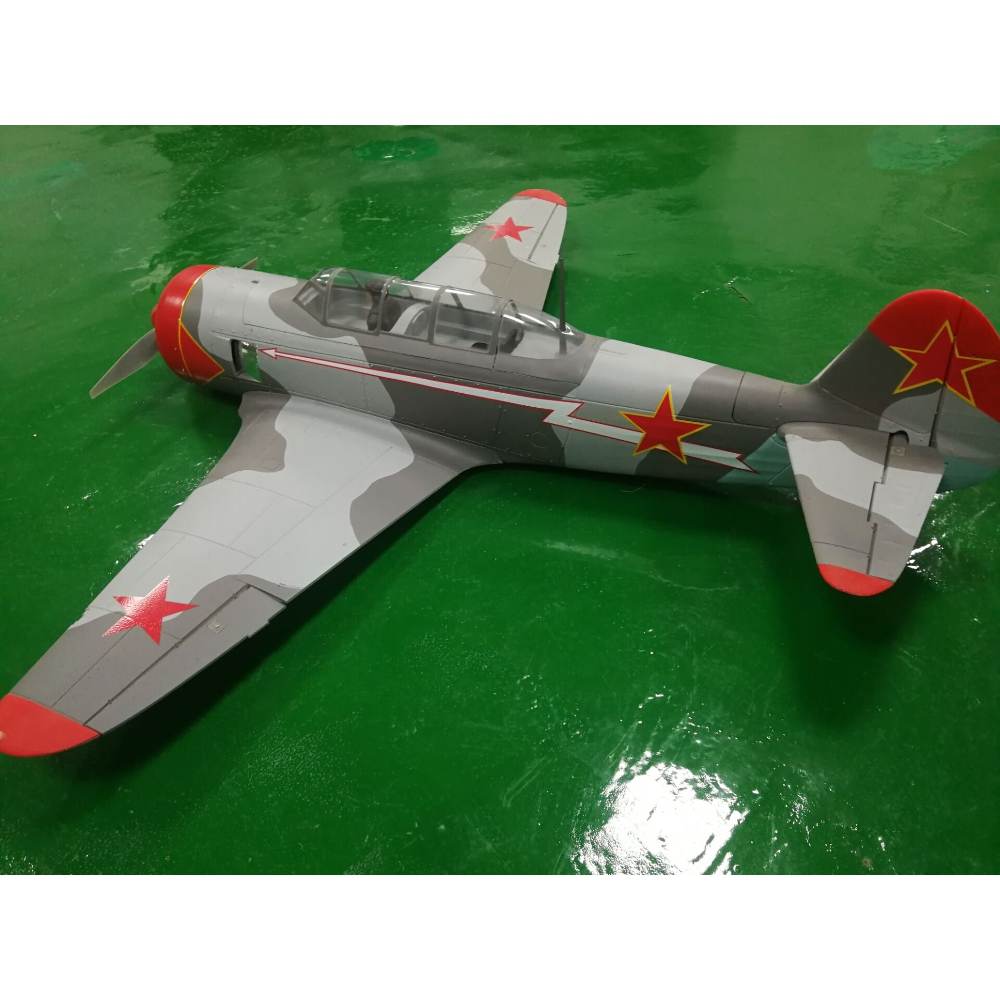 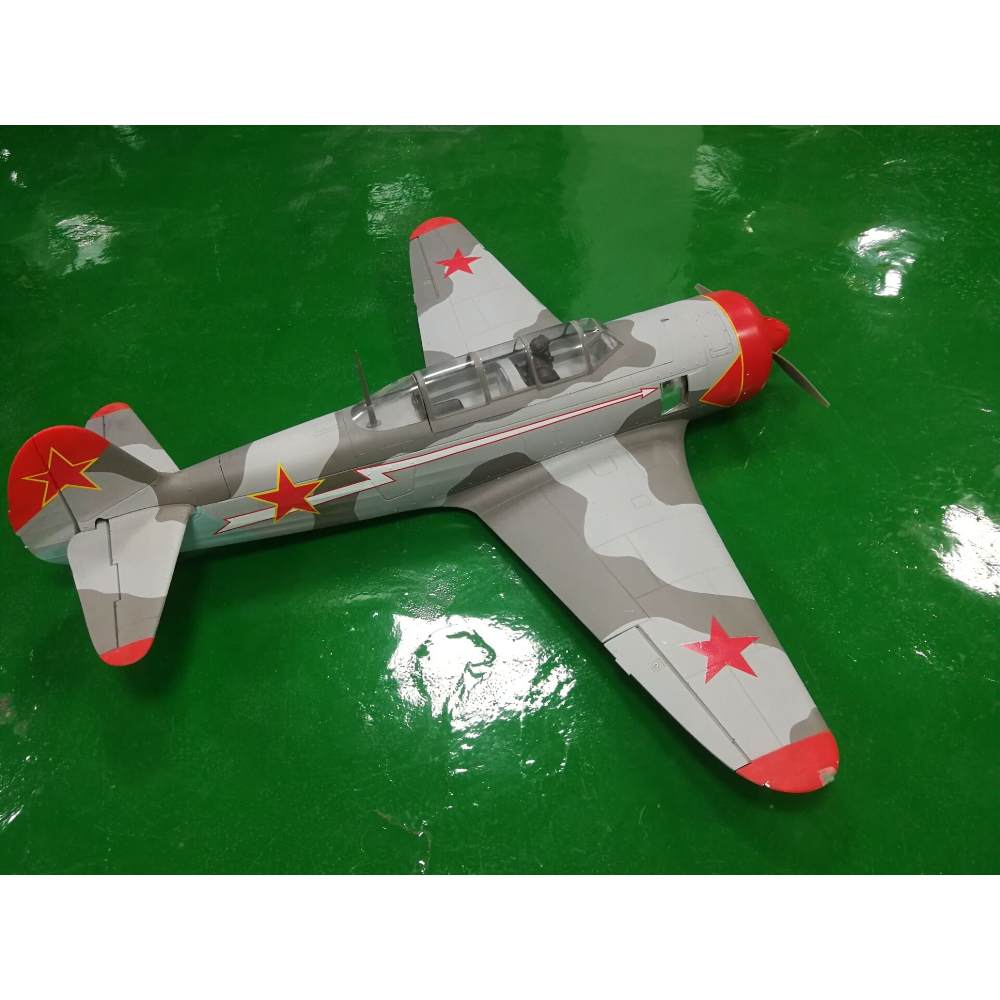 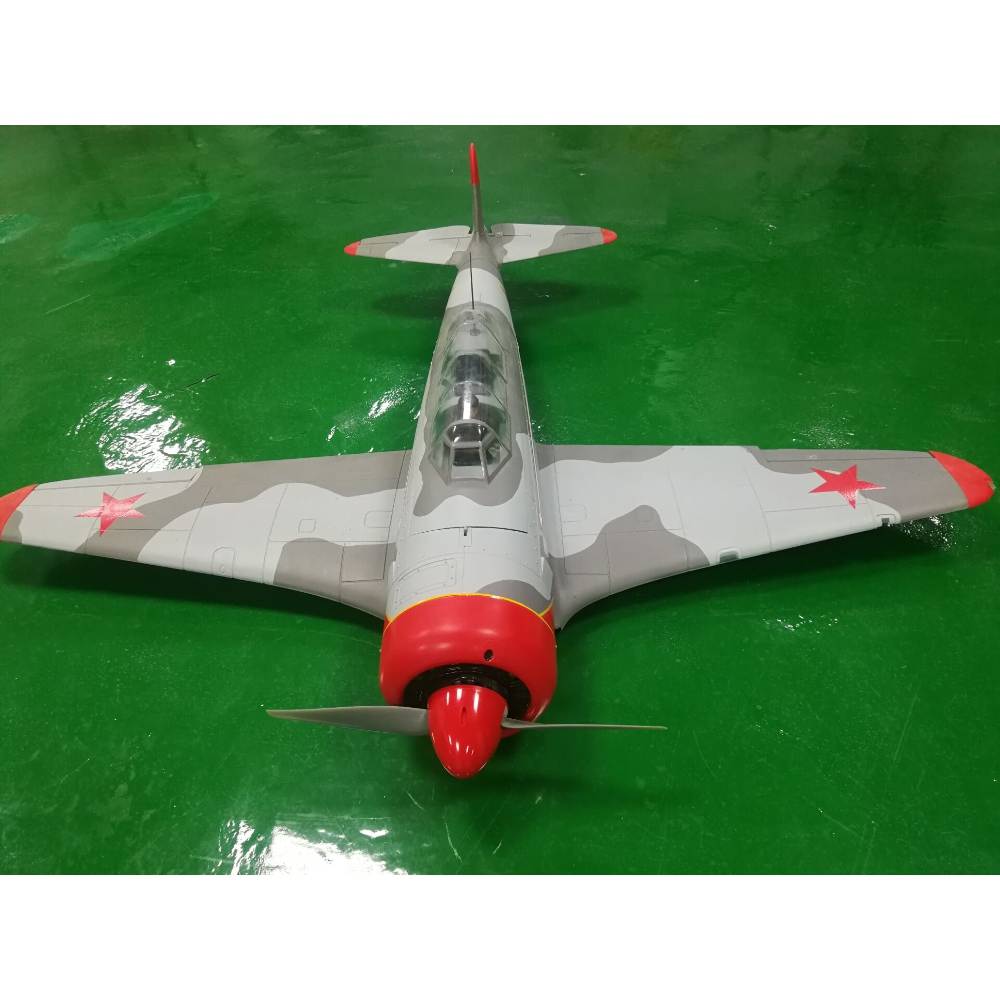 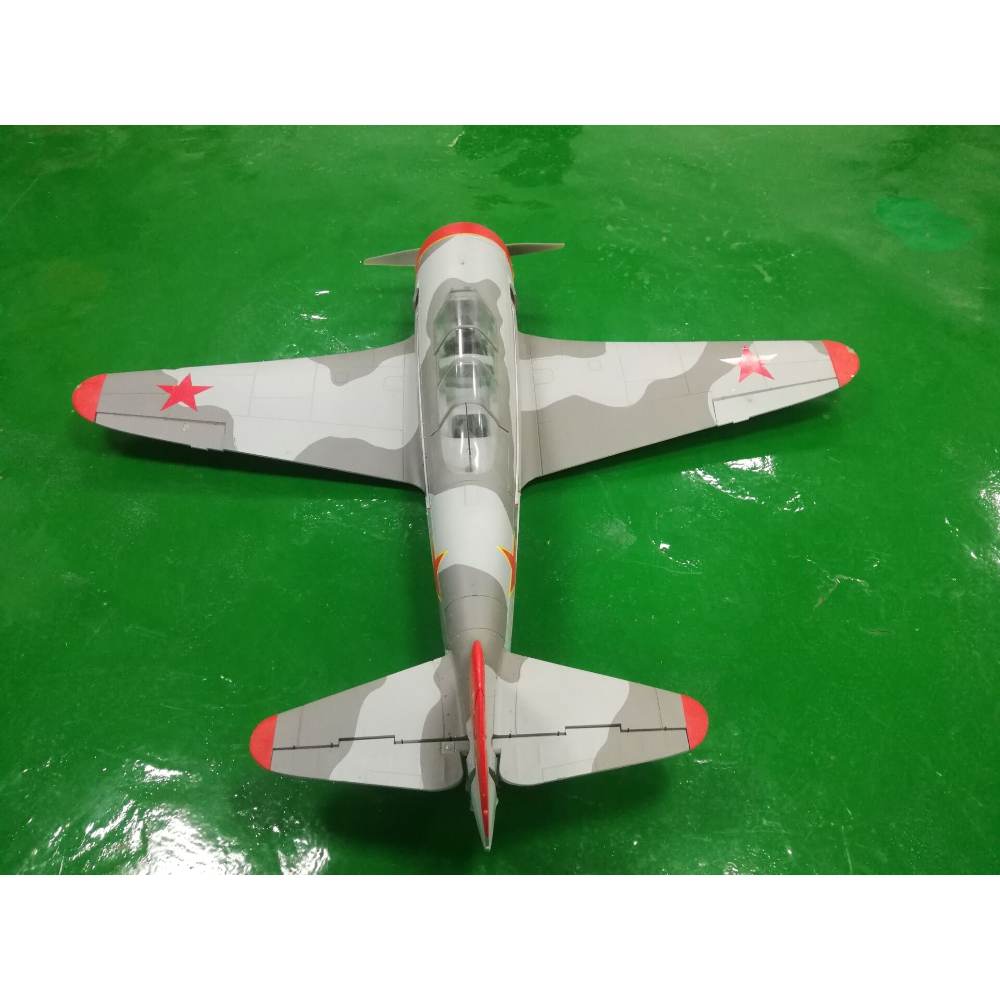